Presentation
The Industrial Production degree program, made up by the BSc Degree in Technology and International Business (three years) and by the MSc Degree in Production  and Technological Innovation Engineering (2 years), is a rather unique program: it is the result of a joint venture between the Politecnico di Torino and a selection of renowned universities in Europe, and it combines the teaching of technological subjects (area of ​​excellence of the Politecnico di Torino) with the teaching of economics and organization management (areas of ​​excellence of the partnering universities). 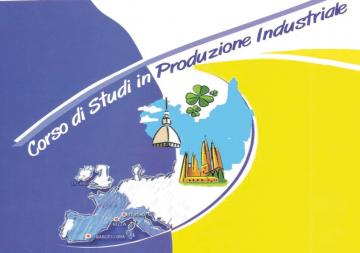 The current program is the natural evolution of the European University Diploma in Industrial Production that started in 1986 with the University of Brighton, and in 1995 with the École de Management Léonard de Vinci (EMLV) of Paris, with the active contribution of a group of Companies that had formed an association (ASSEPI), to provide internships and to support the program. It is currently offered in cooperation with the following universities:
Today ASSEPI is superseded by CSPI , the Support Committee to the Industrial Production program of the Politecnico di Torino, but its purpose remains to continuously find adequate ways to support the program and to maintain the external business world link with this particular study program, which is highly appreciated by businesses because of its international and cross-disciplinary training. The Committee operates within the "Innovation Point" of AMMA - Aziende Meccaniche Meccatroniche Associate (the association of Mechanical and Mechatronic Companies in Turin's Industrial Union).
As main sponsor, the CSPI aims to assist the scientific and educational activities of the program and the link with the industry. Members of the Committee are manufacturing companies, among  the most significant and prestigious of Piedmont's industrial area, as well as service companies and institutions such as Fondazione CRT of Turin, the Industrial Union of Turin, the AMMA, and the Chamber of Commerce of Turin.
Equivalences and Conversions of partner University Degrees:
Equivalences and Conversions of AIT D
Equivalences and Conversions of IPAG D
Equivalences and Conversions of UIC D
© Politecnico di Torino
Corso Duca degli Abruzzi, 24 - 10129 Torino, ITALY